Projekt für in der Branche für ein Publikum.German motor oil Bizol is sold in 65 countries worldwide. The company works with exclusive distributors, delivers tailored products to specific markets and responds efficiently to customer needs by using a flexible model of consumer innovation. Yet Bizol faced a lack of up-to-date communication solutions that could be integrated naturally into the traditional culture of German quality.In 2008, we conceived the Bizol logo, and in 2014 came up with new packaging for the whole range of motor oils. Emphasizing brand integrity, the new can was shaped like the letter B. What is more, this design solution overcame spills and splashing. We adopted the same letter B concept for the can labels, and, by adding a muted color scheme, made it easy to instantly distinguish these oils on store shelves. The newly designed Bizol cans won the Red Dot Design Award.In 2015, our new container for Bizol oils won the iF Design Award 2015, for the most innovative packaging. Our cans were recognized as the best among 4783 other projects from 53 countries. This was the first time a motor oil brand won both the Red Dot Design Award and the iF Design Award since 1953.

Projekt für in der Branche für ein Publikum.Lenovo is the largest manufacturer of personal computers and other electronics with a 20% share of the global market. But despite the leadership position in the Ukrainian market, consumers had stereotypes that it was “cheap” and “Chinese” in the bad sense of the words. The consequence of this reputation didn’t allow consumers to notice the main thing: Lenovo is a progressive brand creating truly innovative products. A tablet with a built-in projector, a transformer with a removable keyboard, and a graphics tablet—this is how a revolutionary thinks, not an imitator. On this basis, we began to build a new communication campaign.Lenovo does not imitate. Lenovo sets new rules. Thereby the new communication platform of the new Lenovo was created: “Infinitely forward.”The second, but no less important step after the communication strategy was to create a design system. We faced the fact that all Lenovo materials were of a different nature, were not the same. A system was needed. The new brand mood should be felt through business cards, through leaflets, on the website, in handouts, and even on social media. The task was to create a whole visual world for the new Lenovo communication. And we created that world.

Projekt für in der Branche für ein Publikum.Egersund, a big Norwegian fishing and fish-processing company, used to operate on wholesale markets. On coming to Ukraine and establishing its subsidiary in Kyiv, the company opted to reach end customers. Yet it had no experience in retailing; thus the Ukrainian market became a kind of Egersund pilot project.We began our cooperation by working out a general concept and a vision of the future store. To provide conditions for a non-trivial way to shop for fish, we put a seafood bar at the center, as well as herring and caviar counters.Based on a policy of honesty, we also worked out a visual identity system. Despite its poor readability, we kept the original company name and adopted a straightforward, sustainable and informative communication style. Egersund is an enormous lab where cold is part of its identity. Such a cold approach, without mermaids and other well-worn clichés, focused the budgeting. That’s why we decided to minimize promotional costs in favor of installing additional air conditioning systems and ice generators.After its soft opening in June, the store quickly achieved its planned performance, and even went beyond. The grand opening of Egersund in Kyiv was attended by the Prime Minister of Norway. We are proud that the brand format that we developed is going to be standardized for use in other markets. 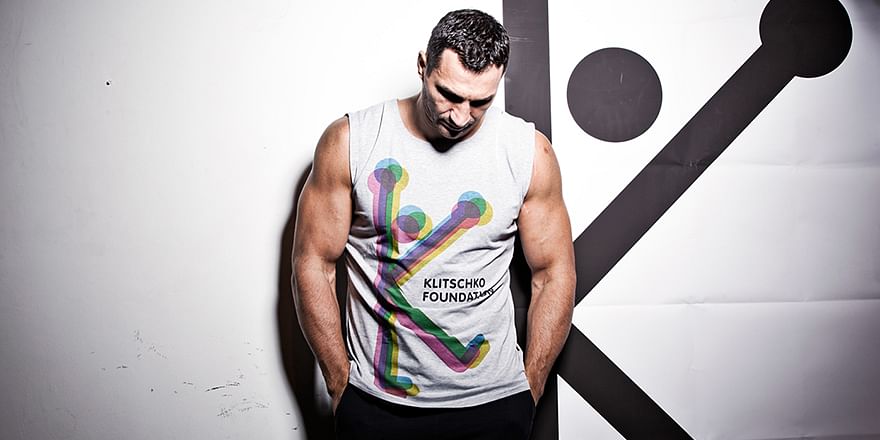 Projekt für in der Branche für ein Publikum.Klitschko Foundation has actively helped Ukrainian young people develop in sport and gain knowledge since 2003. Fund-managed to realize hundreds of important projects on its tenth anniversary. However, communication was too neutral and visual identity was strange to young people and teenagers. We understand that the aim is not just handing out candy and toys. The Foundation helps you to believe in yourself. Its philosophy is a strong belief that any dream can become reality. If you take a step toward it every day. This principle we reflected by the appeal: "Fight for your dream", and fastened this into the new visual identity of the brand.Klitschko Foundation is one of several brands that we developed for Wladimir. Our company also worked on his design hotel 11 Mirrors and umbrella brand KLITSCHKO.In 2015, the Klitschko Foundation design identity won the Red Dot Award in the nomination for Communication Design. 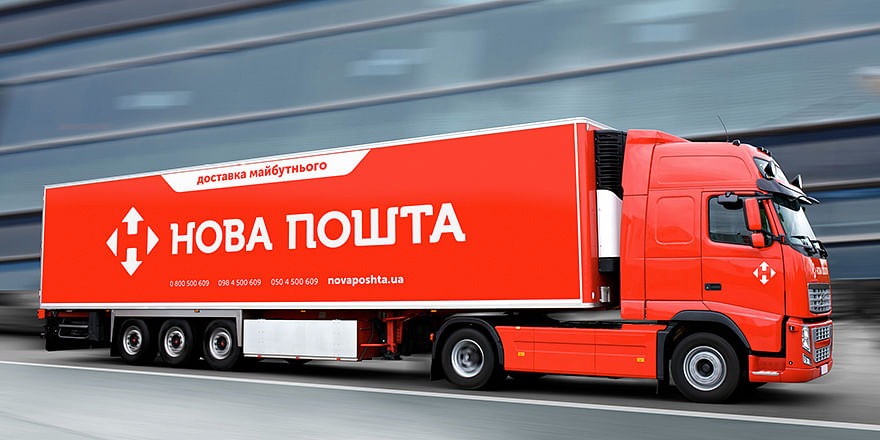 Projekt für in der Branche für ein Publikum.Nova Poshta is Ukraine’s top express delivery company. Established in 2001, Nova Poshta has opened over 2000 modern branches providing all-featured service coverage for the most remote towns and villages across Ukraine.The company became a trendsetter for the entire market and a symbol of constant movement and speed. Yet, Nova Poshta lacked a clear communication strategy, and its former identity represented the principles that were polar to the brand’s essence.We developed a new strategy for Nova Poshta. The Delivery of the Future idea and its visual set-up showcases the agility of the ambitious brand. The company rebranded its branches, put in place new services, made delivery quicker and safer, and is still not ready to rest. 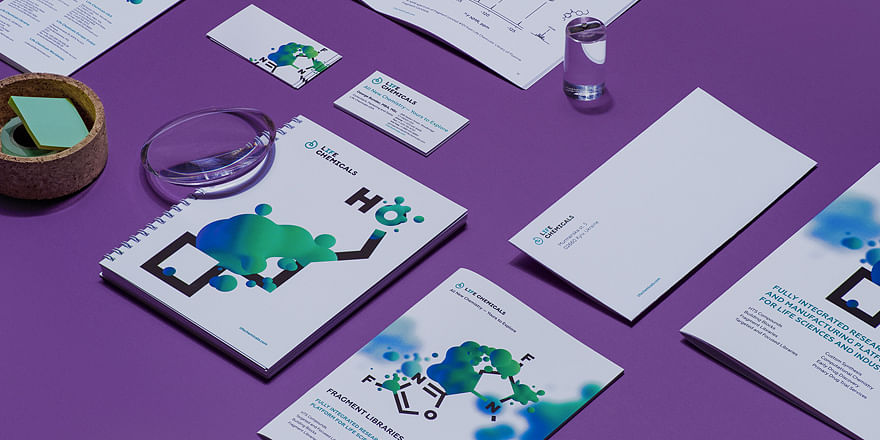 Projekt für in der Branche für ein Publikum.Life Chemicals is an international research company based in Canada and represented in the United States, Germany, China, and Ukraine. The company specializes in state-of-the-art organic synthesis for high-throughput screening. In plain language, it creates chemical materials that pharmaceutical companies need for the development of new drugs.When you work with the best, you want to look the best. The client approached us with the task of developing a design on the same level as his partners’, leading pharmaceutical corporations.Creating new materials reminded us of alchemy, which we synchronized with the client’s pure scientific approach. The idea of combining is the main ingredient in the new brand identity.The new logo is a combination of the brand name initials, L and C, and the golden ratio that can be found in any organic system. In addition, the sign reproduces the contour of a microscope, the instrument that makes it possible to see the company’s products. The logo text block is made of a geometric grotesque typeface to create a feeling of stillness and confidence.The design system is complemented by illustrations. They are created by a combination of chemical formulas and unique 3D objects.